Peter R. Munkenbeck Elected Chair of Just-A-Start Board of Directors

Peter R. Munkenbeck Elected Chair of Just-A-Start Board of Directors

Just-A-Start has elected Peter R. Munkenbeck of Cambridge as chairman of the non-profit community development corporation’s board of directors. Mr. Munkenbeck, who has been on the board for five years, replaces John Henn, who had served as board chair since 2005. 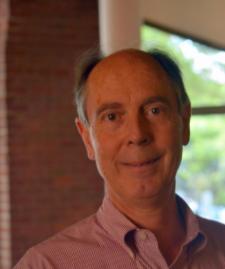 “It is an honor to serve in this role for Just-A-Start at this time in its history,” Mr. Munkenbeck said. “Just-A-Start provides such vital housing and educational services to low and moderate income residents in and around Cambridge; I’m excited to participate in its planned growth in the coming years.”

From 1978-81, he was responsible for the redevelopment of several large waterfront industrial and mixed use parcels while employed at MASSPORT, including the planning, permitting, design, architecture, and construction of a 47-acre site for a marine terminal which involved the construction of a half-mile dike and three million cubic yards of fill purchased in part from the Southwest Corridor reconstruction project.

He spent 16 years at The Community Builders, where he served as Deputy Director for real estate development, administration, and finance. Since 1997, he has been actively involved in the development and/or financing of 30 multifamily and commercial properties containing more than 4000 apartments and extensive commercial space on behalf of 15 community development corporations in Boston.