Posted by Theresa Sullivan on December 21, 2017 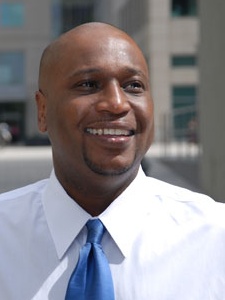 Richard Harding is a lifelong Cambridge resident whose career has always been focused on public service and community engagement. He began as an intern at Joe Kennedy’s Citizen’s Energy, then served as Director of Constituent Services for Senator Seven Tolman and is the past Chair of the Ward 2 Democratic Committee. He has served on the board of the Young People’s Project and of the Community Arts Center. Richard is the President of the Port Life Foundation and a founder of the Port Action Group, a neighborhood group focused on violence prevention. Richard is the proud recipient of the NAACP Education Excellence Award and the Cambridge Peace and Justice Award. As a School Committee member, Richard has served as Vice-Chair and co-chair of the Budget Committee and Contract Negotiations, co-chaired the Kids Council, and served on the Neighborhood Safety Task Force’s Employment Sub-Committee. Richard currently runs the Men of Color Health Initiative and is a program consultant to the job training program CambridgeWorks. He attended the Kennedy Elementary School and graduated from Cambridge Rindge and Latin High School (CRLS) and Fitchburg State College. His daughter is a 2015 graduate of the Cambridge public schools.