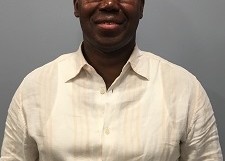 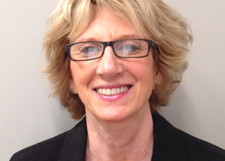 Just-A-Start is proud to celebrate the preservation and rehabilitation of this 32–unit family housing development that has not only preserved affordable housing in Cambridge, but also preserved a small piece of Cantabridgian history.

Located in the Central Square neighborhood, at the intersection of Bishop Allen Drive and Norfolk Street, the Bishop Allen Apartments consist of 27 three bedroom and five two bedroom apartments in four buildings originally built as residential hotels in the 1880s.After the City Housing staff exhausted marathon negotiation efforts with the prior owners to secure a preservation deal, Just-A-Start became a partner to prevent these units from converting to market rate rents.

Crucial financing came from the Cambridge Affordable Housing Trust, the Community Economic Development Assistance Corporation (CEDAC), Massachusetts Housing Investment Corporation (MHIC) and HomeFunders. This effort represents the team approach so often employed in Cambridge. The story behind this success includes a leadership role from the Cambridge Housing Authority in securing the vouchers, efforts of the advocate community including: Cambridge Somerville Legal Services (CaSLS), Cambridge Economic Opportunity Committee (CEOC), Association of Cambridge Tenants (ACT) and the guidance of Emily Achtenberg, one of our region’s leading preservation experts.

The buildings were renovated in a way that enhances the original architecture thanks to a grant from the Cambridge Historical Commission and Massachusetts Historic Rehabilitation Tax Credits. Project funding also includes MassDevelopment, Boston Private Bank & Trust, Brookline Bank, MHIC, and the Massachusetts Department of Housing and Community Development (DHCD). These sources provided over $5.4 million for rehab and improvement at the property.

The project blends deep retrofit with historic preservation by adding rigid insulation to the outside of the building for energy efficiency and durability. Historic details, which had been lost to vinyl siding, were recreated, bringing together the oft-competing goals of creating efficient buildings and restoring
historic heritage. The renovation also includes new energy efficient windows, kitchens and bathrooms, flooring and interior doors, boilers and roofs at two of the buildings, fire sprinkler systems throughout, and the conversion of two units for wheelchair accessibility.