All of us at Just-A-Start are very grateful to everyone who reached out and provided support to the individuals and families who lost their homes in last week’s fire. The collaborative response to the fire on Berkshire and York Streets from the City of Cambridge, partner agencies, and the greater Cambridge community has been astounding. In the first week following the fire, the City dispersed $186,800 from the Mayor’s Fire Relief Fund to the impacted families. To respond to housing needs, the City and partner agencies, including Just-A-Start, worked one-one-one with a total of 40 displaced families that needed permanent new housing, including 19 households who were residents of Just-A-Start’s St. Patrick’s Place.

As of Tuesday, December 13, these combined efforts resulted in 25 families beginning to relocate to new permanent housing in Cambridge, including 15 households from St. Patrick’s Place relocating to affordable units, some of which are in other Just-A-Start properties. Just-A-Start is continuing to work with the City and partner agencies to find permanent affordable housing for the remaining 4 St. Patrick’s Place households as soon as possible.

The real estate development team at Just-A-Start is working with the City and other groups to determine the extent of the damage to St. Patrick’s Place, and begin the important planning process to return the property’s value to the community.

All of us at Just-A-Start are thankful to be part of a community like Cambridge that, when faced with adversity, comes together to help in every way possible. 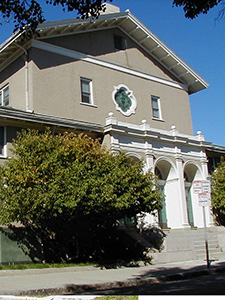